Does an Cleaner Slow Your Computer?

A computer can work more slowly after an antivirus is installed, but you can take steps to stop this from happening.

The threat of cyber-crime is all around us and the more technology we use, the more vulnerable we become. Even so, many people still refuse to install an antivirus software. Sometimes, even when they find one installed they work hard to get rid of it. Why? The most common reason given is that it’s slowing down their computer. 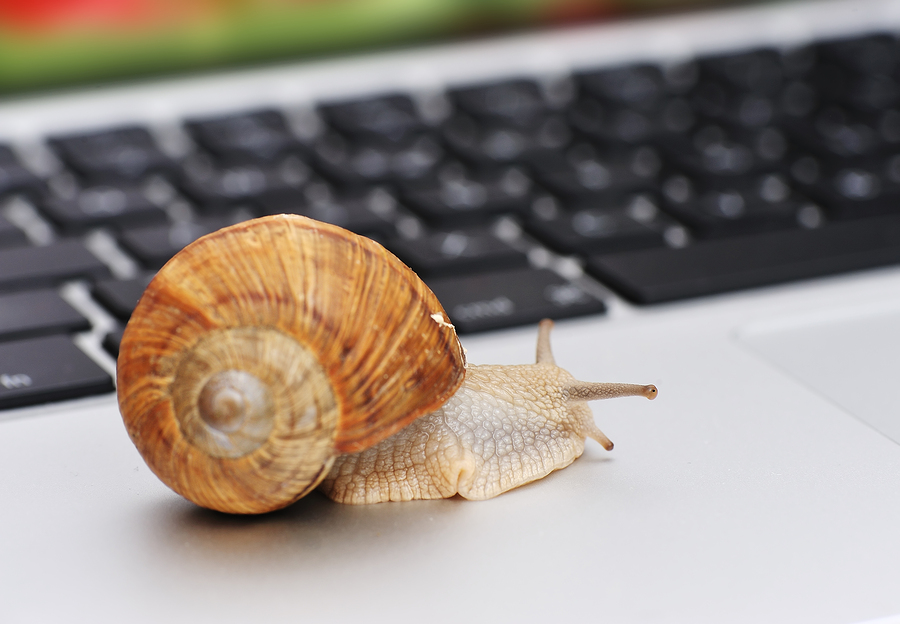 The value of an antivirus

First, a quick reminder of why you need an antivirus package on your computer. Our lives are increasingly digital – it’s becoming integral to every part of our lives via smartphones, laptops, tablets, smart watches and much more. We’re making payments online, storing documents on the cloud and keeping contacts, videos and photos on our computer. In many cases, that little computer starts to contain our entire world, which creates a big problem. What happens if someone gets hold of that data?

Make no mistake, people are trying to do exactly that. Cybercrime is on the rise and its evolving to counter all our defences. For example, the use of AI software is making it much more difficult for us to spot a threat. Like all criminals, the cyber thieves target the soft options first, which means anyone going commando in the digital world (without virus protection) will be first on their hit list.

Why viruses slow down a computer

For all the benefits, though, antiviruses can still be seen as a nuisance, getting in the way of other programs and slowing your computer down to a crawl. So why is this?

When your computer runs a program, it consumes memory. And the more memory it uses the slower and less reliable it becomes. This is partly why a PC will take longer to load the older it gets. In the past, antivirus software consumed a lot of space. It would activate on loading and slow your computer down on start up.

Nowadays, with most computers having vastly more memory that should be less of a problem. However, if you have already taken up a lot of memory on your computer it can still be an issue. Operations will also be affected when the software performs a scan. This will check all programs on your computer for infection. While it does this runtime might be affected.

There are things you can do to make this better.

Firstly, you could choose a free virus scan package. These are generally lighter and more basic than some of the paid for options. They are capable of scanning for basic infections, but will take less room than a top of the range piece of software. It’s likely that it will have less of an impact on other programs on your computer.

If you have a full package, though, you should adjust the settings to reduce its impact. Open the antivirus by clicking on the icon and go into the control centre. Look for an option which lets you choose when it performs routine scans for infections. This may well be labelled as a ‘scheduler’ or something similar.

You can then modify the scanning schedule to meet your requirements. For example, you could run a scan every two to three days or change the timing of a scan so that it runs at night when you are less likely to be using the computer.

How badly your computer speed will be affected often comes down to the intensity of the scanning process itself. Some programs may give you the option of reducing the intensity of the scan. Reducing this figure may mean the scan is less thorough, but it won’t be such a drain on your computer’s processes. Go into advanced settings and look for an option along the lines of scan quality. Reduce this figure to bring the intensity down to something a little more manageable.

Computers, like anything, can become cluttered over time. It may have programs in the start-up option which unnecessarily slow the computer down. Go into the ‘Control Panel’ of your computer to see what programs run on start-up. The more of these are clicked, the longer it will take for your computer to start up. Some may be vital programs, but others will not be crucial to the operation of your computers. Many PCs have programmes such as Spotify, calendars or news feeds running in the background. There’s nothing wrong with closing these when you’re not using them. The results can often be surprising – a much faster start-up and an antivirus which suddenly feels less of a nuisance.

Cleaneres can have a bad reputation, but in a world in which we’re more exposed to cyber-attack than ever, they are vital. If you understand how they work and adjust the settings correctly, they needn’t slow your computer to a crawl.